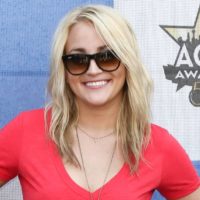 Just days after Britney Spears made an emotional plea to a Los Angeles judge to terminate her conservatorship, her younger sister Jamie Lynn Spears broke her silence, saying that she wants nothing but happiness for her sister and that she always has and “always will” support Britney.

Jamie Lynn said in the video message shared Monday to her Instagram stories, “I just want to take a second to address a few things. The only reason I hadn’t before is because I felt like until my sister was able to speak for herself and say what she felt she needed to say publicly that it wasn’t my place and it wasn’t the right thing to do. But now that she’s very clearly spoken and said what she needed to say, I feel like I can follow her lead and say what I feeI I need to say.”

Jamie Lynn continued by saying she had made a “very conscious choice” to “only participate” in Britney’s life as a sister, adding “my sister knows I love and support her… I’m not my family. I’m my own person. And I’m speaking for myself.”  Jamie Lynn also said she’s “very proud” of Britney for speaking up and that she has always supported her and her happiness: “Maybe I didn’t support the way the public would like me to with a hashtag on a public platform but I can assure you that I support my sister long before there was a hashtag and I’ll support her long after.”

The statement from Jamie Lynn comes less than a week after Britney spoke publicly during a court hearing, addressing her conservatorship and how she hopes it is terminated.