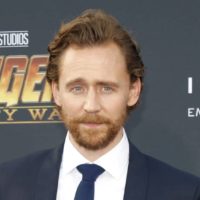 The streaming service Disney+ has renewed ‘Loki’ for Season 2, it was first revealed in the Season 1 finale.  In a post-credits scene in the episode, a case file was shown with a red stamp reading “Loki will return in Season 2.” The finale also set the stage for Doctor Strange in the Multiverse of Madness, which opens in theaters in March 2022.

‘Loki’ is based on the Marvel Comics character of the same name. Loki takes place after the events of the 2019 film Avengers: Endgame. Tom Hiddleston, who plays Loki in the Marvel Cinematic Universe, reprises his role in the series.

‘Loki’ is the third Marvel scripted TV series to premiere on Disney+, following WandaVision and The Falcon and the Winter Soldier. Marvel’s next Disney+ series, What If…, will premiere in August; a trailer for the show last week teased “infinite possibilities” in the Marvel universe.