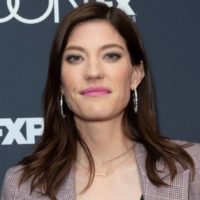 Jennifer Carpenter will return for Showtime’s ‘Dexter’ revival. The actress played Dexter Morgan’s sister Deb Morgan for all eight seasons of the original Showtime series, and was famously killed off in the 2013 series finale. Carpenter isn’t the only character to return from the dead — John Lithgow, who won an Emmy for his role as the Trinity Killer, is also returning. Both Carpenter and Lithgow are expected to appear in flashback scenes.

Showtime’s 10-episode revival is set 10 years after Dexter (portrayed by Michael C. Hall) went missing in the eye of Hurricane Laura, with the character now living under an assumed name in Upstate New York.  The series ended in 2013 with Dexter going on self-imposed exile as a lumberjack in Oregon and living a solitary life, a finale which many fans harshly criticized.  Original showrunner Clyde Phillips returns for the revival, and he said: “We basically do get to start from scratch. … Ten years, or however many years, have passed by the time this will air, and the show will reflect that time passage. So far as the ending of the show, this will have no resemblance to how the original finale was. It’s a great opportunity to write a second finale.”

The ‘Dexter’ revival is expected to debut this fall on Showtime.